An e-copy of this book was kindly provided through NetGalley, in exchange for an honest review.

Summary: Nothing says Happy Birthday like summoning the spirits of your dead relatives.

Alex is a bruja, the most powerful witch in a generation… and she hates magic. At her Deathday celebration, Alex performs a spell to ridherself of her power. But it backfires. Her whole family vanishes into thin air, leaving her alone with Nova, a brujo boy she can’t trust. A boy whose intentions are as dark as the strange marks on his skin.

The only way to get her family back is to travel with Nova to Los Lagos, a land in-between, as dark as Limbo and as strange as Wonderland…

Magic oozes out of every page!

I really did enjoy this book overall, and it definitely surpassed my expectations in the amount of creativity and originality with which it was created. There was also at least one con which I could think of while reading this book, but I will be discussing that at the end of my review.

Córdova appears to be the type of author who gives some amount of description when forming the setting / world for her readers, without going into excess. I found at times that I would have liked more descriptions of things, but this is coming from a fan of Tolkien (a.k.a. the King of using pages to describe just one thing). I have no difficulty in using my imagination to fill in the gaps, but I wonder if there are some readers who may have more difficulties with this.

That being said, the world which Córdova has created for her readers is all sorts of lush and wondrous. Los Lagos is extremely different from our reality, and yet, easily imaginable. It was an intense pleasure to follow the characters as they made their way first through the streets of Brooklyn, and later Los Lagos as the story progressed.

And while on the topic of characters, I will say that every person and entity in this book were not only unique, but also quite memorable. Where Córdova may have lacked in describing the setting, she definitely made up in character-creation and development. I absolutely adored every single character, simply because they felt unique and special to me.

As for the writing, I found it to be very engaging. I was easily pulled into the story by Córdova’s words alone. And although I pointed out that I wish there had been more descriptive language, the descriptions that there were present in the book, would drag me into this world for hours, when I had only had time to read for a few minutes. I found the writing to be charming, like this, for the majority of the book, but there were also some minor sections of writing which I found a little disappointing. But these were normally a phrase or two which I would have preferred to be formulated differently, and they were few and far in between.

I really did enjoy this book for all of the reasons stated above, as well as the amount of diversity with which its pages are imbibed. And I really enjoyed reading about a heroine who is not heterosexual, and also about a culture with which I have had close to zero encounters in the literary world!

“This work is a magical journey from start to finish… A compelling must-have for teens”
–School Library Journal, STARRED review

“Labyrinth Lost is more like reading Paradise Found. Zoraida Córdova brings us a new generation of witches, enchanting and complex. And every page is filled with magic.”
—Danielle Page, New York Times bestselling author of Dorothy Must Die

Córdova’s world will leave you breathless, and her magic will ignite an envy so green you’ll wish you were born a bruja. Delightfully dark and enchanting. An un-putdownable book.”
-Dhonielle Clayton, author of The Belles and Shiny Broken Pieces

“Córdova’s rich exploration of Latin American culture, her healthy portrayal of bisexuality and her unique voice allow this novel to stand out among its many peers.”
–RT Book Reviews

“Cordova draws inspiration from Ecuadorian, Spanish, African, Mexican, and Caribbean folklore and mythology to craft a page-turning tale about a young bruja unsure of her place in the world.”
–Bustle.com

“Córdova pulls elements from Greek mythology and Spanish and Latin American legends to craft a memorable world in Los Lagos, a supernatural realm that is as fascinating as it is threatening. The history and customs of Alex’s family’s type of witchery are also carefully constructed, giving readers a complete world to sink into with satisfaction and wonder.”
-Bulletin of the Center for Children’s Books

“This succeeds with its lush use of Latin American mythologies, an unexpected love story, and, above all, in Alex’s complicated relationship with her family. Alex is a necessary heroine, and this dark fantasy nicely”
-Booklist

Follow our voices, sister.
Tell us the secret of your death.
—-Resurrection Canto,
Book of Cantos

The second time I saw my dead aunt Rosaria, she was dancing.
Earlier that day, my mom had warned me, pressing a long, red fingernail on the tip of my nose, “Alejandra, don’t go downstairs when the Circle arrives.”
But I was seven and asked too many questions. Every Sunday, cars piled up in our driveway, down the street, and around the corner of our old, narrow house in Sunset Park, Brooklyn. Mom’s Circle usually brought cellophane–wrapped dishes and jars of dirt and tubs of brackish water that made the Hudson River look clean. This time, they carried something more.
When my sisters started snoring, I threw off my covers and crept down the stairs. The floorboards were uneven and creaky, but I was good at not being seen. Fuzzy, yellow streetlight shone through our attic window and followed me down every flight until I reached the basement.
A soft hum made its way through the thin walls. I remember thinking I should listen to my mom’s warning and go back upstairs. But our house had been restless all week, and Lula, Rose, and I were shoved into the attic, out of the way while the grown–ups prepared the funeral. I wanted out. I wanted to see.
The night was moonless and cold one week after the Witch’s New Year, when Aunt Rosaria died of a sickness that made her skin yellow like hundred–year–old paper and her nails turn black as coal. We tried to make her beautiful again. My sisters and I spent all day weaving good luck charms from peonies, corn husks, and string—-one loop over, under, two loops over, under. Not even the morticians, the Magos de Muerte, could fix her once–lovely face.
Aunt Rosaria was dead. I was there when we mourned her. I was there when we buried her. Then, I watched my father and two others shoulder a dirty cloth bundle into the house, and I knew I couldn’t stay in bed, no matter what my mother said.
So I opened the basement door.
Red light bathed the steep stairs. I leaned my head toward the light, toward the beating sound of drums and sharp plucks of fat, nylon guitar strings.
A soft mew followed by whiskers against my arm made my heart jump to the back of my rib cage. I bit my tongue to stop the scream. It was just my cat, Miluna. She stared at me with her white, glowing eyes and hissed a warning, as if telling me to turn back. But Aunt Rosaria was my godmother, my family, my friend. And I wanted to see her again.
“Sh!” I brushed the cat’s head back.
Miluna nudged my leg, then ran away as the singing started.
I took my first step down, into the warm, red light. Raspy voices called out to our gods, the Deos, asking for blessings beyond the veil of our worlds. Their melody pulled me step by step until I was crouched at the bottom of the landing.
They were dancing.
Brujas and brujos were dressed in mourning white, their faces painted in the aspects of the dead, white clay and black coal to trace the bones. They danced in two circles—-the outer ring going clockwise, the inner counterclockwise—hands clasped tight, voices vibrating to the pulsing drums.
And in the middle was Aunt Rosaria.
Her body jerked upward. Her black hair pooled in the air like she was suspended in water. There was still dirt on her skin. The white skirt we buried her in billowed around her slender legs. Black smoke slithered out of her open mouth. It weaved in and out of the circle—-one loop over, under, two loops over, under. It tugged Aunt Rosaria higher and higher, matching the rhythm of the canto.
Then, the black smoke perked up and changed its target. It could smell me. I tried to backpedal, but the tiles were slick, and I slid toward the circle. My head smacked the tiles. Pain splintered my skull, and a broken scream lodged in my throat.
The music stopped. Heavy, tired breaths filled the silence of the pulsing red dark. The enchantment was broken. Aunt Rosaria’s reanimated corpse turned to me. Her body purged black smoke, lowering her back to the ground. Her ankles cracked where the bone was brittle, but still she took a step. Her dead eyes gaped at me. Her wrinkled mouth growled my name: Alejandra.
She took another step. Her ankle turned and broke at the joint, sending her flying forward. She landed on top of me. The rot of her skin filled my nose, and grave dirt fell into my eyes.
Tongues clucked against crooked teeth. The voices of the circle hissed, “What’s the girl doing out of bed?”
There was the scent of extinguished candles and melting wax. Decay and perfume oil smothered me until they pulled the body away.
My mother jerked me up by the ear, pulling me up two flights of stairs until I was back in my bed, the scream stuck in my throat like a stone.
“Never,” she said. “You hear me, Alejandra? Never break a Circle.”
I lay still. So still that after a while, she brushed my hair, thinking I had fallen asleep.
I wasn’t. How could I ever sleep again? Blood and rot and smoke and whispers filled my head.
“One day you’ll learn,” she whispered.
Then she went back down the street–lit stairs, down into the warm red light and to Aunt Rosaria’s body. My mother clapped her hands, drums beat, strings plucked, and she said, “Again.”

Zoraida Córdova was born in Ecuador and raised in Queens, New York. She is the author of the Vicious Deep trilogy, the On the Verge series, and the Brooklyn Brujas series. She loves black coffee, snark, and still believes in magic. Send her a tweet @Zlikeinzorro or visit her at zoraidacordova.com.

Click the illustration below to get re-directed to the Rafflecopter link for the giveaway! (And the giveaway ends in 3 days! So hurry!!!! And good luck!!!) 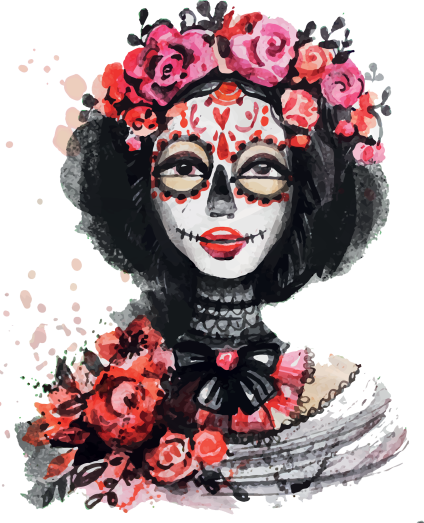 Disclaimer: Image above created and shared by http://www.freepik.com.

THANK YOU FOR READING MY REVIEW! HAVE YOU READ Labyrinth Lost BY Zoraida Córdova? WHAT DID YOU THINK? AND IF YOU HAVEN’T READ IT YET, DO YOU WANT TO, OR NOT? HOWCOME?

LET ME KNOW YOUR THOUGHTS IN THE COMMENTS BELOW!