A digital copy of the book was kindly provided by the author, in exchange for an honest review.

Summary: Leam Holt’s eighteenth birthday tomorrow caps the most depressing year of his life, marking the anniversary of his failed delightenment—the soul-darkening, magic-bestowing rite of passage that should’ve launched him into the fight between Darkness and Light. Making things worse, Leam’s insufferable brother, Zach, the pride of the family, is set to delighten in a few short hours. When Gideon, the evil leader of Darkness, arrives to preside over Zach’s ceremony, the course of Leam’s life takes a drastic turn. Rather than fading farther into the background, Leam is ordered to undergo a series of brutal trials. Vast magical power is suddenly within Leam’s grasp if he triumphs, but Leam can’t seem to stay away from a beautiful girl of Light, and his testing is yielding disturbing results. As Leam begins to uncover secrets on both sides of the war, he realizes the fate of humanity is at stake, and he may have the most to lose in the fight.

Having never encountered a story like this before, I was really not sure what to expect from The Undelightened. But I am glad to say that I enjoyed this book as a whole, and I will tell you why. Although I was not entirely sure about this book while reading the first few chapters because I did not entirely understand what was happening, and because I had to become accustomed to this world which I had been dropped into.

When reading this book, it is important not to let this discourage you. Once the world and magic system begins to make more sense, the story also begins to pick up and becomes quite gripping.

Bentz Deyo took the commonly used trope of the conflict between light an dark, and put an original spin on it. I cannot put it into words, but I found the blend of genres in this book to be quite unique and interesting. I also found the story overall to be quite unpredictable and very imaginative, as well as effectively-described. Even some of the most fantastical scenes were easy for me to imagine (despite the lack of reality within them) because of the vivid manner in which Deyo described them.

A lot of attention was also given to padding-out the scenes within this book by providing many details. I do normally like my books to be detailed, but found that I would become a little frustrated with the amount of detail, or length, to certain scenes as I was very curious as to where the plot was going, and I waned things to move forward more quickly. This personal opinion is also a compliment in itself, because I am saying that I found the plot to be interesting to the point where I wanted to rush to the end in order to see how it would all wrap up.

The second book, The Unleashed, comes out on January 13th 2017, and I am very excited to see where the story takes these characters to next. Judging from how The Undelightened ended, as well as judging from the title of the second book, I expect the story to become quite epic! 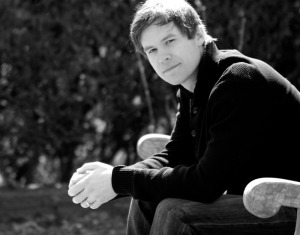 Bentz Deyois the author of The Undelighterned and the upcoming sequel The Unleashed (January 13, 2017). You can visit and chat with him on Facebook (www.facebook.com/bentzdeyo), on Instagram (@bentzdeyo), or Twitter (@bentzdeyo)!

The sequel in this exciting series, The Unleashed, is being published on January 13th 2017! You can see the cover below, in a fantastic, squeal-inducing GIF format!

You can also pre-order The Unleashed by using the purchase buttons below!

Bentz Deyo is giving away one The Undelightened giveaway pack (US only), and 5 digital copies which can be won by international contestants! Click the sugar cookies below to be taken to the Rafflecopter giveaway form! To understand why I chose cookies for the giveaway image, you’ll have to read the book! Also, good luck!

THANK YOU FOR READING MY REVIEW! HAVE YOU READ THIS BOOK? WHAT DID YOU THINK? AND IF YOU HAVEN’T READ IT YET, DO YOU WANT TO, OR NOT? HOWCOME? LET ME KNOW YOUR THOUGHTS IN THE COMMENTS BELOW!